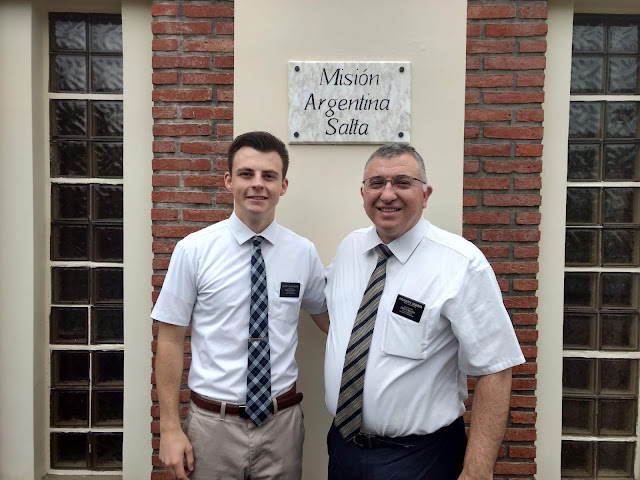 We leave this Saturday.       We weren't sure about how they were going to fly us out with the whole quarantine thing, and the fact that we cant travel within the provinces of Argentina made it seem impossible. Long story short we are all taking buses to Buenos Aires tonight (a 20 hour drive) and then we´ll fly out Saturday morning. (a 20 hour flight) basically i am going to be one smelly man once I get home I could say many things seeing as this is probably my last email but more than anything I feel grateful for these past years. I have grown to know and love my Savior Jesus Christ. He is my friend and my redeemer. I love him and his gospel. This is his work in the latter days and his church has been restored. What a message to share! Argentina has become my second home and I thank my father in heaven for having sent me here. The people I have met and taught and served with have changed me forever. Nos vemos! - Elder Blackburn   Matt found this pic
Post a Comment
Read more 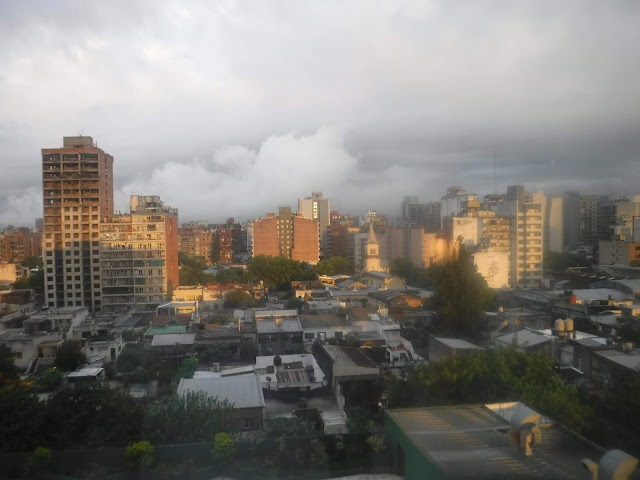 As you all know there is a virus going around, and that's made our lives pretty busy. Some news: All of Argentina is in a quarantine till the 31st so we cant leave our houses and the government is being pretty strict about it. If we leave to buy things we can't use our nametags or missionary clothes I hate shopping, but this week we bought food for an emergency box two weeks that we made for the whole mission and it was like black Friday. I've never been to black Friday but I've never seen so many people in the store at the same time. It blew my mind. On Tuesday my companion went to the north of the mission and I went to the south to distribute the emergency boxes we made for the missionaries. The night we got back from Santiago they started the quarantine so it all happened just in time. When we got to salta there were hundreds of cars and we had to wait while men in white jumpsuits cleaned the cars and had us fill our paperwork. I felt like a movie Everything has happ
Post a Comment
Read more 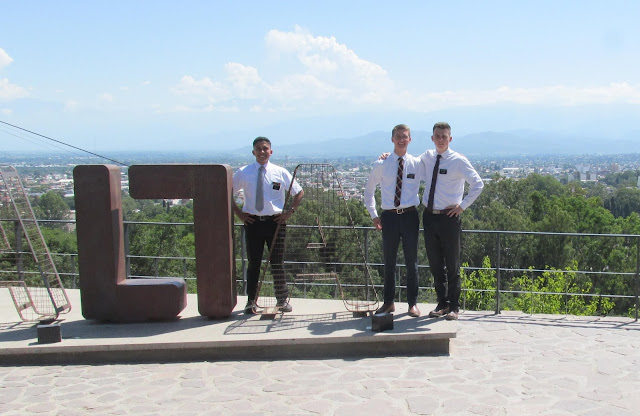 We picked up 16 new missionaries from the airport this week and it was so much fun. We didn't sleep a lot this week what with all the transfers, the new missionaries, detours for the travel buses and the corona virus but we doin gooooood. I've learned to live off 4 hours of sleep. (im joking but it does happen a lot) Teresa's baptism was perhaps the most spiritual baptism I've ever been to, and it was such a blessing to see from the beginning to end how God played his part in her happiness and progression towards baptism. She's a special soul and it was so cool to see her make that covenant with her savior. Her family is getting more active too so that's a blessing! It's a crazy time we live in with the Corona Virus and all. People are fearful but I think it's more from how everyone is reacting and less from the actual virus itself. Whatever it is, there is a lot of uncertainty and panic.  But I trust in my Savior and in his prophets and apostles. They l
Post a Comment
Read more 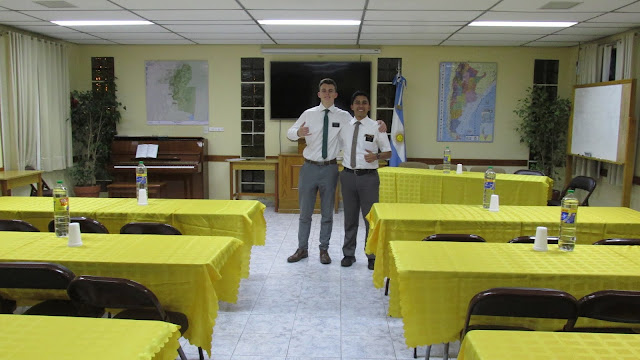 Howzit mis amigos This week my new companion Elder Sperry got here and he's super awesome. This week we've been showing him some of the stuff we do in our assignment and Im super excited for these next 12 weeks to work with him and serve the missionaries in this mission. Last week hermano Gaspar was baptized! He was at the church before we were and it was so cool to see him take this step of faith and follow the Savior by being baptized. There's always a special spirit manifested in ordinances like baptism, and afterwards he thanked us again for helping him reach this point in his life. He asked me to confirm him and give him the Holy Ghost. It was the first time I had ever done it in my mission, and in my life, because we always had asked members to do it, but I was grateful he thought of me and it was an experience I will never forget. I know that God's priesthood has been restored to the earth and its such a blessing to act in the name of Christ. Speaking of spiritua
Post a Comment
Read more 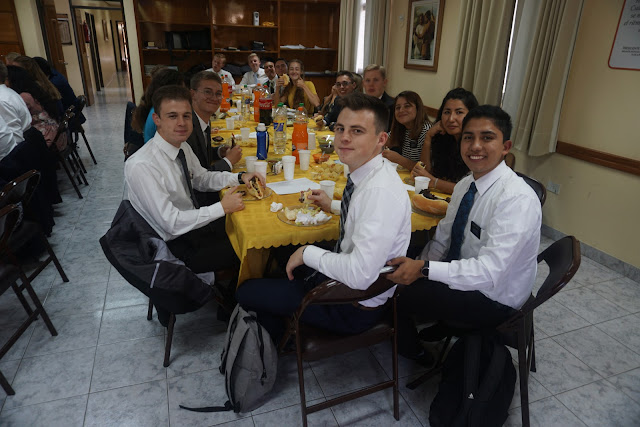 This week started out with a call early in the morning from some elders in Palermo (my old Area) saying they need our help with going to civil registration for someone they are teaching because one of them was sick. My companion stayed in the apartment with the sick elder while I went to go with the other to work out the paperwork. I was so glad I did because when we got there I realized that the couple was someone that I had found with Elder Bustos! I never got to see them progress because I left the area but what a blessing it was to see them after all this time making changes in their lives so that they could keep the commandments and follow the example of Christ. Also while in Palermo I was able to visit a family that I had baptized (Montenegro) and they told me how well they were doing and how their daughter had gone to Fsy (a youth activity) and that she had shared her testimony and everything!  It's such a blessing it be an instrument in the hands of God. And I think thats
Post a Comment
Read more

A Father in Heaven 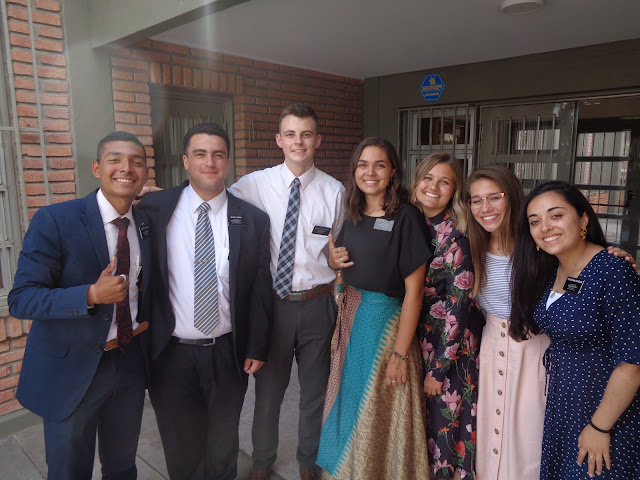 I was so very blessed to have some experiences that strengthened my testimony this week. It was another week of Traveling and doing divisions with the Zone Leaders. No conferences so that was a nice break, but honestly we got back yesterday more tired than last week haha We started in Tartagal which is way in the North of Argentina. It was raining a ton, and it was great to be with the missionaries there. The next day we drove to Oran, and the road had fallen apart from all the rain and on top of that it was flooded. Turns out our truck is a good boat too so we made it through. In Oran we were with Elder Perkins and Elder Jones, both who were my companions. They are so awesome and such an example to me. I was with Elder Jones for the afternoon and it was great to teach and testify of Christ. We talked to a 15 year old girl named Gaby, for literally 5 minutes, but after talking to her I realized how powerful prayer truly is. She was praying for happiness, and it was perhaps the most hea
Post a Comment
Read more 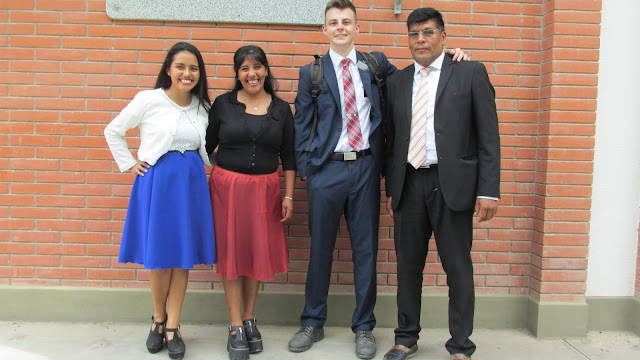 This week I think we traveled over 12 hours, but it was such a blessing to be able to be with so many missionaries and be able to have some cool experiences.  We had conferences in Tucuman and Santiago, and the rest of the time we were with the Zone Leaders. Living on the road isn't something new for me, and it was actually such a fun time. In Santiago I was with Elder Sperry. We had a great morning, and I was amazed by how nice everybody was! It was super hot outside In Concepcion I went with Elder Avery and we had a great afternoon teaching. In one guys house we had read something together in the scriptures, and were about to leave when I felt like we needed to invite him to follow Christ and be baptized. In the zone conferences we are focusing on being more direct and teaching by the spirit, so it was a good opportunity to put it into practice. He had expressed his love for the Savior and so when we invited him to be baptized he accepted! After the Zone Conference in Tucum
Post a Comment
Read more
More posts